Highly Publicized officer involved-shooting incidents in Louisiana, Minnesota and Missouri have demonstrated how important it is to respond quickly to the media.  My training partner and I were in Ferguson, MO several times during protests following the events that led to the death of Michael Brown. 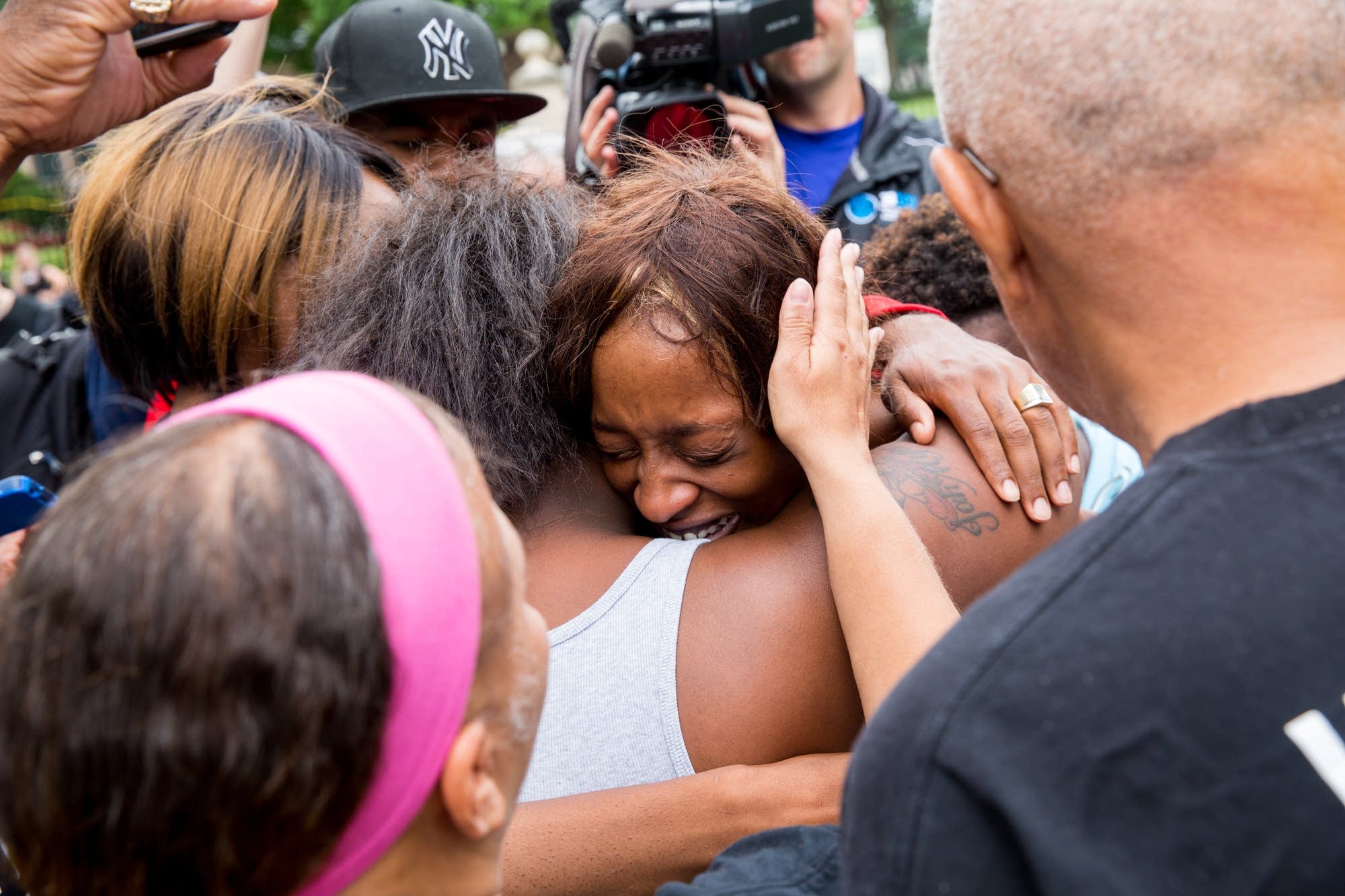 While an effective news briefing will help law enforcement build credibility with the community, it won’t solve historic differences involving social issues.  Nonetheless, being accessible to the media with current and accurate information will go a long way toward projecting an image of openness and honesty.

What would YOU have done differently?

In your early briefings, as a PIO you cannot assume that the officer is at fault, nor can you assume that the suspect is at fault; that determination will be made once the case is thoroughly investigated.  Your job is to give a brief statement to media.  You don’t want to speculate, draw any conclusions or answer any hypothetical questions.  You want to appear almost as a neutral and objective third party.  You should take out a pen and paper and write out a few talking points.  This is the information you will release to the media.

Give Them Something to Talk About

Below is how your talking points will turn into a brief statement to the media:

At  12:30 this afternoon one of our officers was responding to a 911 call regarding a disturbance at the (business) at (address) in (city).

When the officer began to question a suspect he encountered near the scene there was a physical scuffle in which shots were fired.

Both the suspect and the officer have been transported to the hospital.  The suspect sustained at least one gun-shot wound; the officer had cuts and bruises.  Their conditions are unknown.

We are now actively involved in the investigation, as we gather more information, we will hold another briefing.

Note that your opening statement consisted of only about 30 seconds worth of information.  You want your tone and your words to be as objective as possible.  Although your agency is a big part of the story, you want to convey a feeling of objectivity.  The media will have follow-up questions. Be sure to those take questions; even if you have little or no information to add, you MUST take questions.  If you don’t take questions, you will be accused of being too vague.

Possible Question:  What was the nature of the disturbance the officer was responding to?

Answer:  “The call came in through our 911 dispatch-center.  The caller indicated there was some type of disturbance involving a customer inside the Jackson Convenience Store.  We are still gathering information about that initial call.  I don’t have anything further on the nature of that disturbance, but as soon as we know more, I will let you know.”

Possible Question:  “You said there was a ‘disturbance.’  Was that a hold-up?”

Answer:  “I don’t have that information.  Right now our detectives are there interviewing witnesses and looking for other possible witnesses.  We will have more information for you at our next briefing, which will probably be in the next couple of hours.  I will have to get back with you on that.”

Possible Question:  “You said there was a scuffle with the officer; can you be a little more specific about the scuffle?”

Answer:   “Right now we are still interviewing the officer and other possible witnesses.  We should know more by the time we hold our next briefing.”

Possible Question:  “You said in your briefing that ‘shots were fired’, who fired those shots?”

Answer:  “We are very early into this investigation.  As I said, we are still interviewing witnesses, so we are still gathering those facts.”

Possible Question:  “You said the officer had cuts and bruises, but the suspect had a gunshot wound.  Can we assume that the officer fired the weapon?”

Answer:  “I don’t want to speculate on what happened.  As we gather more evidence and information, we will have that for you.  Again, this all happened just over an hour ago, so right now we are very early into this investigation.”

Answer:  “The suspect is a black male, the officer is a white male.”

Possible Question:  “Do you have a name and age for the suspect?”

Answer:  “I don’t have an ID or an exact age for the suspect.  Preliminary information is that he appears to be a young adult.  As I said, I will have more information for you when we hold our next briefing, within the next couple of hours.”

Possible Question:  “What is the name of the officer and has he ever been involved in a shooting before.”

Answer:  “Obviously, I don’t have a lot of information because we are at the beginning of the investigation.  I know you have a lot of questions and believe me, so do we.  Again, we will have more for you at our next briefing.”

Setting the Tone for Coverage

Even though, you gave the media very little information, you stuck around long enough to field questions from reporters.  You answered in a very professional and objective manner.

Your first briefing has now helped to set the tone for news coverage.  Your talking points are now the reporters’ talking points.  As television reporters conduct dozens of “Live Shots” for their breaking news coverage, they are quoting you and airing your sound bites.  If you had not held a briefing, reporters would have gotten their information from individuals at the scene who might not have credible information.

Round 2:  Preparing for your Second News Briefing

After another two to three hours you have fresh information and are ready to hold your second briefing with reporters.  You have learned that the unidentified suspect has died.  You have also learned that your officer, who has been treated for non-life-threatening injuries, has not yet been released, pending a review of X-rays.

Investigators have told you the initial 911 call was from the clerk at the Jackson Convenience Store who stated that a man had shoplifted several items from the store.  The clerk stated that when he confronted the man, the man placed his hand on the clerk’s neck, shoved him away and then exited the store.

You have also monitored news coverage of the incident and you know that people are raising questions about the racial make-up of your department; it is mostly white, while the city population is mostly black.  There have also been media reports of a long-standing mistrust of police by the black community.

Those media reports are helpful, because they have given you a heads-up on some of the issues you will be questioned about at your next briefing.  You now have time to prepare for them.

Again, you write out a few of your talking points:

Below is how your talking points turn into a brief statement to the media:

Earlier today one of our officers responded to a strong-arm robbery at the(name of business) at (address) here in (name of city).

Witnesses are still being interviewed but it appears there was a scuffle between the officer and a suspect he encountered near the business.  Several shots were fired and both the officer and the suspect were transported to the hospital.  At 2:30 this afternoon the Medical Examiner’s office pronounced the unidentified suspect dead.

The officer has been treated for cuts and bruises and is awaiting release from the hospital.

Because our detectives are still at the scene interviewing witnesses, we don’t have all the details.  As we get more information we will be releasing it to you.

I will try to answer as many questions and I can, but please be aware, we are still gathering information.

Your opening statement has provided the media and public with the additional information that the suspect is dead.  You have also released a few more details about the original call and the attack on the officer that resulted in the shooting.  As with most briefings, you should entertain questions following your opening statement.  Even though you will have very few details to add to your statement you have to give the media an opportunity to ask their questions.

Possible Question:  “What is the age of the dead suspect?”

Answer:  “So far we have not positively identified him, and we don’t have an age.”

Possible Question:  “Can you tell us more about the shooting?  How many times was the suspect shot and where on his body was he shot?”

Answer:  “We know that several shots were fired.  I don’t have an exact count, but I do know that the suspect had at least one gunshot wound.  Beyond that, I don’t have any further information.  As we gather that information we will be releasing it to you.”

Possible Question:  “You referred to the initial call to police as a “strong-arm” robbery.  Can you be more specific?”

Answer:  “A strong-arm robbery is the use of physical force in the commission of a crime.  Witnesses have stated to us that the suspect had picked up several items and was walking out the door without paying for them, when the clerk approached him.  At that point, witnesses stated the suspect turned around exchanged some words with the clerk, and then pushed the clerk away before exiting the store.”

Possible Question:  “So you are saying this all resulted from a shoplifting incident?”

Possible Question:  “What were the items the suspect shoplifted?”

Answer:  “I don’t have that information; our detectives are still at the scene interviewing possible witnesses.”

Possible Question:  “How long after the shoplifting did the shooting happen?”

Answer:  “We don’t have an exact timeline, but we believe it to have been around 15 minutes.”

Possible Question:  “Was the clerk at the store injured?”

Answer:  “The clerk stated that the suspect grabbed his neck and pushed him backwards.  The clerk told officers he did not require medical attention.”

Possible Question:  “Some witnesses are saying the suspect had his hands up and was surrendering, but the officer shot him anyway.  Can you tell me what you know about that?”

Answer:  “Indications we have are that the officer was attacked and was defending himself.  We are still interviewing witnesses and we encourage anyone with any information about the case to contact us.”

Answer:  “I’m not sure of the exact racial make-up of our department, I can get that information for you.  I do know that, the majority of the force is white.  I can also tell you that we are an equal opportunity employer and in our recruiting, we actively reach out to the entire community.”

You Are the Reliable Source of Information

While the information you have released about the actual shooting remains limited, at least you are giving the media and the public a better understanding of what happened.  You have presented information about the case in a fair and objective manner and your agency has become the public’s main source for information.  Your quotes are now being published and broadcast.  You have given the media more to talk about.

When you delay or refuse to talk with the media, you force reporters to seek information from other, sometimes unreliable, sources.  Releasing information to the media is like controlling the flow of water from a faucet.  As long as you keep the spigot open, reporters will be there to gather and report the facts.  Once you close the spigot, reporters will go elsewhere to fill the void.  Additionally, monitoring your news outlets is essential; because it lets you know how the media is covering the incident and what the community is saying about it.